In this newsletter, I share what I'm reading and watching during the week. I may also touch on current events. I'll try to show how the books, videos, and events tie in with ideas in the Bene Homini space.

In this newsletter, I cover one news item and two videos:

Every day seems to bring us a new story about how not to manage a company. While financial and business decisions often need to be made without emotion, that doesn't mean they can't be carried out with empathy for those affected.

Based on what we see in the news, it seems that Elon Musk has no empathy for people. That might make him an effective decision-maker, but he needs to leave the execution to others.

I have always seen unions as a reaction to poor management. They can protect employees from the worst bosses by putting some processes in place that slow things down. Sometimes, people just need time to process what's happening. Other times, they need cover to give more context to management to help make a better decision.

Right now, Twitter is a masterclass on why we need unions.

This is another video from Potholer54. If you're wanting to break from conspiracy theories and religious dogma, he's someone to watch. Not only does he poke holes, but he also teaches us how to do this for ourselves by asking the right questions and following back to primary sources.

Often, in conspiracy circles, we're told to do our own research. This often amounts to doing some quick web searches for posts that match what we're looking for. Want to know if the Earth is flat? Do a web search and you'll find around half of the top hits confirm that the Earth is flat by offering any number of proofs. A few will try to debunk the Earth is flat, but every theory has its naysayers.

Potholer45 traces back to where the people in the shows he's reviewing got their material. He points out the tricks that people use to make the listener or viewer reach a conclusion that isn't explicitly mentioned, providing plausible deniability.

Science doesn't work through plausible deniability. It works by taking evidence and conclusions straight on. Anything that can show a weakness has to be answered, making the results even stronger.

Conspiracy theories can't withstand questioning. No one wants to be asked probing questions. And no one wants to say that they don't know. Science is completely fine with not knowing. It's an opportunity for new research!

This video touches on the economics of status symbols and the need for them to be scarce. No one can feel like they are better than everyone else if they don't have access to something that no one else has. We're comparative creatures.

There is some research into income inequality and its impact on social status, but a quick search wasn't finding any open-access articles. Years ago, there were some articles that talked about how people reacted when presented with the choice of taking a salary twice everyone else's, or everyone getting twice the salary. The participant would receive the same salary either way, but they often chose the first. My memory is that this was because the first option set them apart from everyone else.

The trick is not to compare ourselves with anyone else. To be content with what we have when it's enough, and keep an eye out for how we can help others. There's only so much happiness that money can buy.

That's it for this week. Check back next week to see what I dig up over the next few days!

If you have a favorite book or video that you'd like me to see, reply to this email and let me know about it.

In this newsletter, I share what I'm reading and watching during the week. I may also touch on current events. I'll try to show how the books, videos, and events tie in with ideas in the Bene Homini space. I missed last week's newsletter because I was under the weather.

The news cycle has been filled recently with Twitter. People have been leaving for the Fediverse, mainly joining instances running Mastodon (see "Mastodon and the Fediverse: Beginners Start Here" for more details on the Fediverse and Mastodon). That's been great, but it's also been a struggle as instances try to 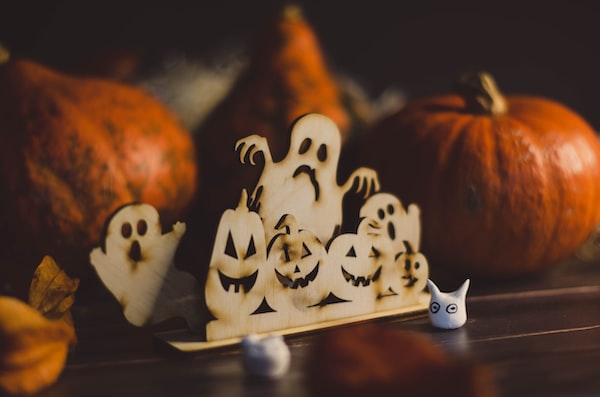